Enter your City name or Pincode

Bidar is a city, which is situated in state of Karnataka. Bidar has a great historic past. This city attracts a huge number of tourists due to its architectural marvels, rich in flora and fauna which add star to its beauty. Bidar is a tourist spot which offers number of places to visit. 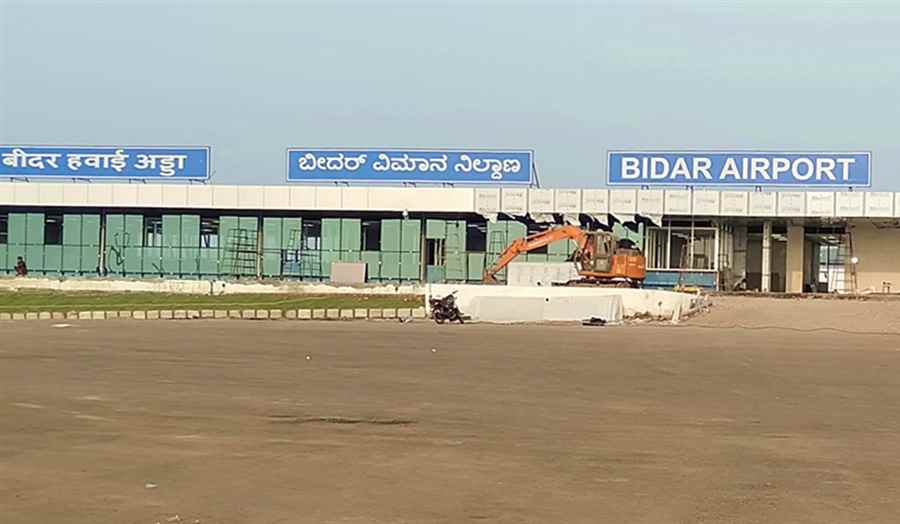 Bidar Fort
Bidar fort was built with a number of Islamic monuments which can be said as over 30 monuments by Sultan alla-ud-din bahman of bahmanid dynasty, when he shifted his capital to Bidar in 1427 from Gulbarga and then he built this fort. This fort is constructed on the edge of plateau. It was reconstructed using red laterite stone.

Narasimha Jhira Cave Temple
Narasimha Jhira cave Temple is also known as Jharani Narasimha Dev Temple. A continuously flowing stream of water is there and devotees have to pass through it. The water is of waist level which makes little difficult for devotees to worship.

Bahamani Tombs
Bahamani tombs are a cluster of 12 tombs located in Ashtoor. You can see verses from Quran are engraved in gold color. Swastika symbol provides a eye catching beauty to the walls of tomb.
Rangin mahal is an architectural wonder which is the best preserved monuments till date. It is situated near gumbad gate. It has beautiful wooden carvings and Persian tile work in rooms and it has verses of Quran on the entrance arch.

Papnash Shiva Temple
Papnash Shiva Temple is one of the most renowned temple of this city. It is said that while lord ram was returning from Lanka he kept a shivling in this temple so from all over the country people come here. Shivratri is the most common time when all devotees come here to pray.

Chaubara
Chaubara is a 22 meter high old cylindrical tower and is situated in the heart of city. From the top most of tower a splendid view of plateau can be seen.

Solah Khamba Mosque
Solah Khamba Mosque is popularly known as Zanana Masjid. The name of mosque was kept due to its 16 pillars erected in front of the complex. It was built by Qubil Sultani in between 1423 and 1424.  This mosque is one of the largest mosques in the country and a well is also dugged behind the southern wall of mosque.

Gurudwara Nanak Jhira Sahib
Gurudwara Nanak Jhira Sahib is situated at the foothill of Bidar. It was constructed in 1948 and is less than 2 km away from railway station. It has many sections like darbar sahib, langar hall, diwan hall, sukhaasan room where holy books of guru granth sahib are kept and likhari room or donation room.
Chaukhandi of Hazrat Khalil Ullah is 4 km away from Bidar. Chaukhandi is a tomb, which was built in the honour of Hazrat Khalil Ullah. It has a amazing calligraphy, granite pillars with carving and stone work.


Cuisine and Restaurants in Bidar

Ashok Dhaba – This dhaba is located in state highway, naubad which serves North Indian cuisine. Travelers come here and have their meals. You can also taste tandoori items here its pretty good. The menu also has Chinese items but taste wise it’s not that good. The dhaba is closed only on Sunday and remaining day working hours are from 10 am to 10 pm.

Jyothi Fort- The restaurant fills people stomach by their mouth watering Indian cuisine. The food is served on the table placed under banyan tree. This restaurant also has cabins facility for families. The timing is from 9 am to 5 pm. This restaurant is at the entrance of Bidar Fort.

Jyothi Udupi- This is a typical south Indian restaurant at Udgir road. This restaurant has about 21 kind of different dosa, south Indian thali is also available. Easy Sunday ice-cream is amazing dessert offered by this restaurant. Opening time is from 6.30 am to 11 pm.

Shree Krishna Darshini Udupi Hotel- This hotel is on Bvb College Road, Mailoor cross, Bidar. This is a pure vegetarian restaurant which opens at 6 am in morning and closes at 10 pm.

Are you a Business Owner?

Add the products or services you offer